The Vindø brick factory was founded in 1850. It lies in the southern part of the Mariager Fjords in Hobro, and has been owned by the Randers Tegl group since 2007. The flexible and well managed factory is today an important part of the production development at Randers Tegl.

The fully automated brick factory has a yearly production of 25 million bricks in Danish and German formats, respectively produced on a line for water-struck bricks and on one for extruded bricks. Among other things, the interesting, refined bricks of the Innova series, as well as our window sill bricks are produced here.

The bricks are laid ”lying”, so that the colour transition is wider during firing in 138-m long gas-heated ovens. 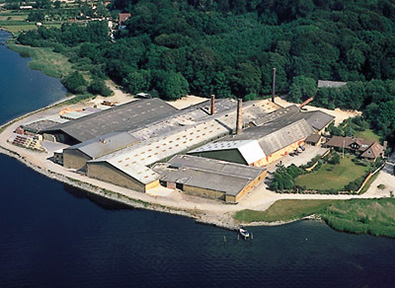