The Laumans brick factory in North-Rhine Westphalia was founded in 1896. Laumans was already a pioneer in respect to the production of glazed roof tiles and today it's still a leader in this sophisticated department.

Although Laumans is a modern brick factory, with actual production, the old ceramics traditions were kept. For example, the glaze isn't sprayed onto the roof tile, but, as before, poured onto its surface in order to obtain a thicker glaze with depth in colour play. Tiles are fired using a unique technique, in which every roof tile is free-standing, without touching the others. This is the unique way in which masterpieces can be produced. 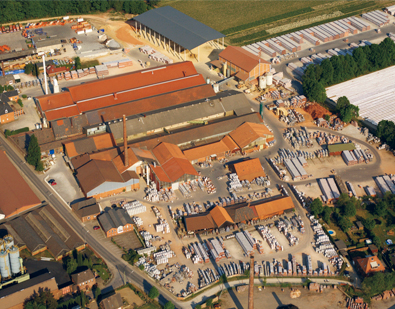